Omar Hashi Hassan has been acquitted. So who assassinated Ilaria Alpi? 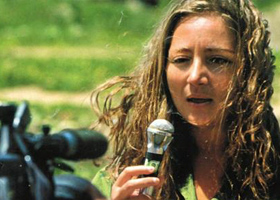 The names of the instigators and perpetrators of the murder of Ilaria Alpi and Milan Hrovatin are still unknown, nearly 23 years after their deaths.
The scapegoat for the crime, who has served 16 years in prison, Hashi Omar Hassan has always proclaimed his innocence.
Thus, at least one truth about the death of the TG3 correspondent and her cameraman is emerging, especially thanks to the journalistic efforts of the TV programme, “Chi l’ha visto” which, through its inquiries, has prompted the reopening of the case.
“Chi l’ha visto“, has tracked down one of the two witnesses upon which the prosecution had based their case against Hashi Omar Hassan. Ahmed Ali Rage, who had disappeared into thin air for years, said in an interview that his original testimony had been “guided” by the police, never substantiated, yet readily accepted.
The acquittal of Hashi Omar Hassan reopens a series of questions: not only who had decreed the death of the two journalists and why, but who had perverted the investigation to obscure the truth, and for what reason.
The war correspondent Ilaria Alpi died because she did her job. Evidently too well.
Even today, one can die for that?